District Jaipur At A Glance 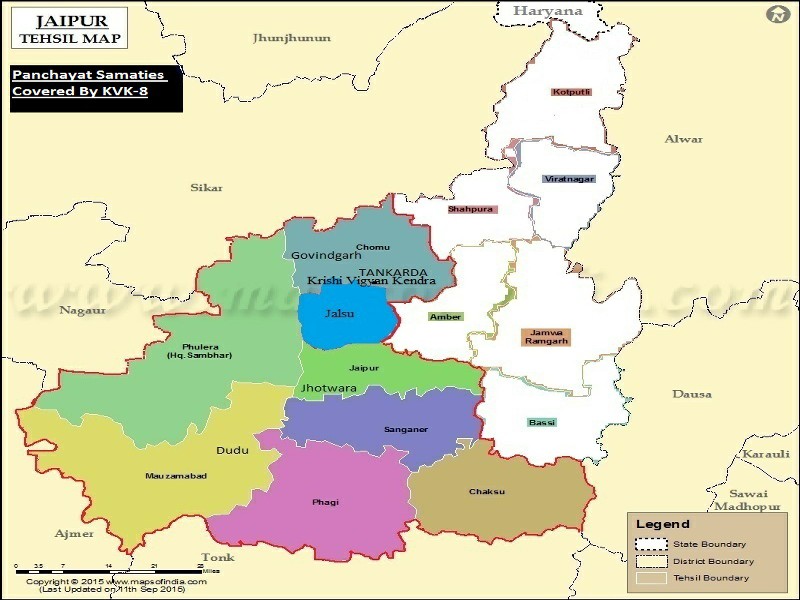 The average rainfall of the district is 564 mm per annum. But for last five years, the rainfall is less than average and that too is scanty & scattered manner.

The major area is sandy loam in texture except Tehsil Dudu & Phagi and part of Chaksu & Kotputli, Viratnagar, which have heavy soils. These soils are deficit in nitrogen but more or less normal in phosphorus & potash.


Area, Production and Productivity of major crops cultivated in the district


Production and productivity of livestock, Poultry, Fisheries etc. in the district